Home › Blog › Do Spiders In Merrimac Die During the Winter?

Do Spiders In Merrimac Die During the Winter?

Many people in Merrimac, Massachusetts assume that spiders just die or go away completely in the winter, and while this would be nice, it’s not the reality. While spiders are seen more in the summer when they are active, they can also invade area properties during the winter. 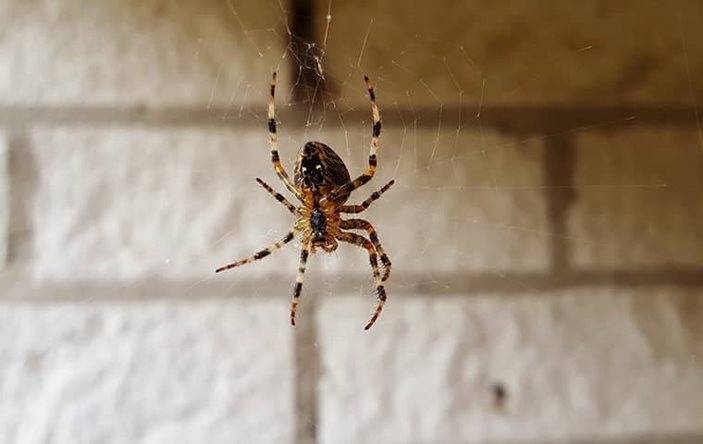 Spiders can survive the winter because their bodies produce their own version of antifreeze. Their bodies start to slow down as they enter a state called diapause, and in this phase, they aren’t as fast and don’t move around as much.

This strange ability allows them to live outdoors even during harsh winter temperatures. Because of this, they don’t actually need to come inside to get shelter from the weather as some other pests do. So, the reason why you’re seeing spiders in your home during the winter might surprise you.

Why Are Spiders Indoors In The Winter?

The reason spiders enter buildings is that they are in pursuit of their prey. Spiders will hunt down small insects and follow them, so underlying pest problems attract spiders, too. While this is how spiders initially make their way indoors, this usually happens before winter.

So, seeing spiders around once the temperatures are cold usually means that spiders have been inside your house for a while. You’ve likely had spiders living in corners, voids, and other unseen areas of the building for a long time. They will just become more apparent as the infestation grows and the spiders themselves get more mature and need to mate.

Taking some time throughout the year to prevent spiders is the best way to handle them. While most spiders aren’t particularly dangerous, they are still unsettling to have around, and some species can pose health risks.

To help deter spiders from coming around your property, implement the following measures:

By eliminating entry points and reducing factors that attract spider prey you can do a lot to prevent spiders from moving into your Merrimac home.

Why Removing Spiders In Merrimac Can Be Difficult

Because spiders are usually around due to other pest infestations, removing them involves eradicating other pests, too. This can be challenging, primarily because spiders and small insects can hide in so many hard-to-reach areas throughout a property.

The best way to eliminate spiders and their prey is with assistance from Freedom Pest Control. We provide residential pest treatments that address why spiders are there and also remove any existing spider problems.

Contact us today to request your free quote and get started.

Been a customer for 3 years. I have the Gold plan and have had no bugs in the house in that time. There were a couple of incidents with hornets nests, I called they came and eliminated the problem. Great people great service and very knowledgeable if you have any questions. Definitely 1A.