The Secret To Effective Brown Bat Control In Merrimac, MA

The little brown bat is one of the most common bats found in North America, and we’re no exception here in Merrimac. Little brown bats – or just brown bats – are a familiar sight here throughout the summer. When they’re in the wild, these bats are great for people and the environment. They eat mainly insects, including mosquitoes, moths, beetles, mayflies, flies, and other airborne pests. In fact, a nursing female can eat half her body weight in insects every single night. That’s a lot of dead pests! However, when these tiny bats decide to take up residence in your home, they can go from pest killers to pests themselves. That means you’ll want to take measures to prevent them. 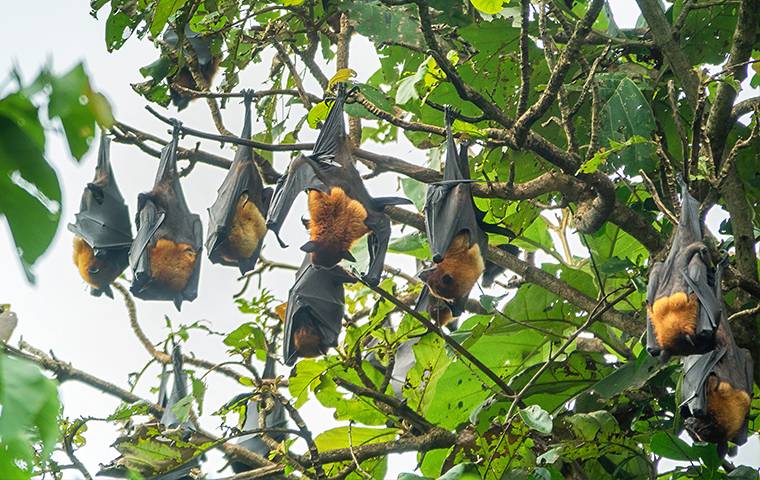 As their name suggests, little brown bats are little and brown. They almost look like a tiny mouse with teeny dragon wings. This bat has long, shiny fur that can come in shades of golden-brown to reddish-brown to dark brown. Its face is also darker than its body. Its leathery wings are darker than its torso as well. Little brown bats are also only about three to four inches long with a wingspan of just eight to ten inches.

Of course, these fuzzy little bats don’t look like much, so you wouldn’t think they’d be very dangerous. However, these bats can actually pose a huge threat to people and pets because of the diseases and parasites they spread. These bats have a plethora of different parasites, from fleas to ticks to worms to bat bugs and mites. If they start hanging out in your attic, they can infest your home or infect your pets with these parasites.

One of the most dangerous threats with brown bats – and indeed all bats – is rabies. Bats are the most commonly reported wildlife vector of rabies, spreading a full third of all wildlife-related rabies cases. While most pets should be vaccinated against rabies, people are a different story. Bat bites are a real possibility with bat infestations. Rabid bats are of course prone to bite, but even rabies-free bats may bite if they feel they or their pups are threatened, even though they’re not aggressive if unprovoked.

Rabies is almost always fatal once symptoms appear. That means if you’re bitten by a bat, you pretty much have to get rabies shots as a precaution. Rabies shots are not always covered by insurance, and they can cost hundreds to sometimes thousands of dollars.

Little brown bats like to hang out (literally) in places like attics, chimneys, barns, sheds, and under overhangs. Easy access to these areas can attract them, and if you have a significant infestation of things they eat – like mosquitoes, moths, or mayflies – your property can attract even more of them. That means you’ll need to take two basic prevention measures: making it hard for bats to get in your home and killing off infestations that attract them. Do things like:

If you wind up with a breeding population of bats on your property, it can be just about impossible to get rid of. You’ll probably need professional help. Here at Freedom Pest Control, our wildlife control experts get rid of bats by using one-way doors to let them escape at night and prevent them from entering in the morning. Once the bats are gone, we’ll use exclusion and prevention to keep them from coming back. So give us a call at (978) 355-1742 or visit our contact page to request your home pest control service today.