Home › Blog › Eek! There Are Tons Of Spiders Inside My Portsmouth Home

Eek! There Are Tons Of Spiders Inside My Portsmouth Home

Spiders are arachnids that have eight legs and play a vital role in the overall ecosystem by reducing the population of other types of unwanted pests. Spiders are predatory creatures that either build silky webs for ensnaring their prey or use ambush-style tactics.

Why are we scared of spiders? Popular culture has traditionally portrayed spiders as creepy and dangerous. Some individuals have a fear or phobia of spiders, known as arachnophobia.

Are spiders routinely invading your home? A local Portsmouth pest control professional knows the various strategies regarding how to get rid of spiders in basement areas and the best way to keep spiders away from the premises. 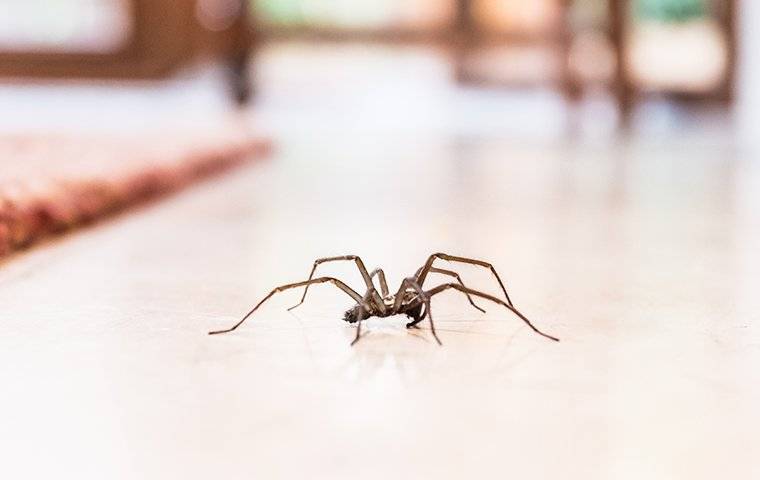 The Ten Most Common House Spiders

Data suggests that more than 35 different species of spiders exist throughout New Hampshire. Among the most common types that property owners may encounter indoors that pose minimal health risks include wolf spiders, American house spiders, American grass spiders, cellar spiders, orb weavers, and European garden spiders. The three potential dangerous (venomous) spiders include the black widow, brown recluse, and broad-faced sac spider, which are less common in New Hampshire than in other states.

Spider 101: Identifying What Spider Is In Your House

What is a good way of identifying house spiders? Some of the distinguishing physical characteristics of the spiders include:

Keep in mind that many of the smaller spiders are very hard to distinguish with the naked eye. Although the most venomous species are less common in this region, always exercise caution and avoid directly handling these pests.

Do All Spiders Bite Humans?

The majority of spiders can deliver a bite and have venom; however, most species are either unable to pierce the skin of humans or produce a very mild venom that lacks potency. Many of the biting incidents attributed to spiders actually result from ticks or similar pests.

The Key To Keeping Spiders Out Of Your Home

Many property owners are unaware that the presence of spiders indoors may suggest that another pest-related problem exists within the property. Spiders generally will reside in areas where they have access to ample food sources such as flies, mosquitoes, or moths. Therefore, contacting a local pest controller regarding an inspection is strongly recommended.

The team of qualified professionals with Freedom Pest Control will solve pest-related problems for property owners in Portsmouth. Our organization always backs the quality of our work with a satisfaction guarantee. Contact our office today for a consultation.

Freedom Pest Control is reliable and employees are friendly and knowledgeable. I have been using this company for 3 years and will continue to do so.