Home › Blog › Is It Dangerous To Have Brown Bats On My Merrimac Property?

Is It Dangerous To Have Brown Bats On My Merrimac Property?

They aren’t exactly the blood-sucking critters you know from the movies, but brown bats can still cause serious scares. From disease to distress, these flying pests pose plenty of problems. Brown bats can be dangerous to have on your Merrimac property, and it’s important to know how to protect yourself. 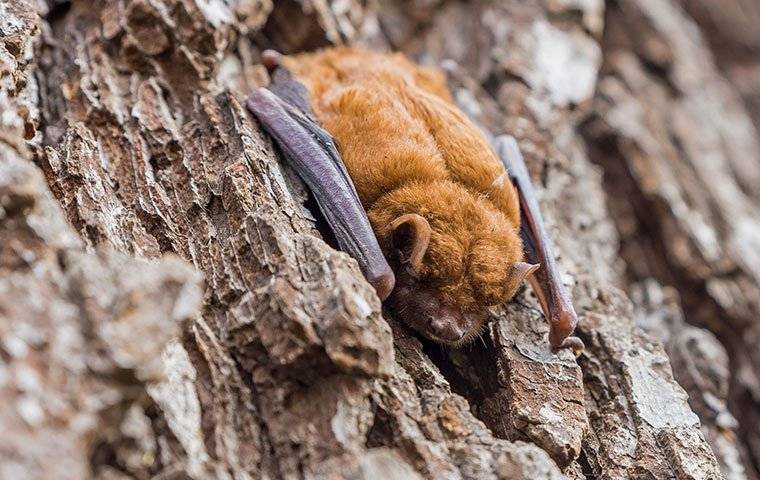 What Are Brown Bats?

Brown bats tend to roost in caves in the wild but are often found in attics, roofs, and even hiding in wall voids. They primarily feed on insects like mosquitoes, beetles, flies, and even wasps. In some respects, brown bats can be useful in maintaining the ecological balance, eating up pest insects that would otherwise overrun the area. Their droppings, or guano, are a potent fertilizer and can help local plants to grow.

Why Are Brown Bats Dangerous?

Brown bats are dangerous because of the many pathogens they transmit. As new science emerges, bats are quickly outpacing rodents as the most dangerous hosts of zoonotic viruses — that is, a virus that is transmitted from an animal to a human being. From SARS to Marburg virus, there’s no shortage of severe illnesses that bats can cause.

While brown bats don’t deliberately hunt or hurt people, they will certainly bite if cornered or handled. Bats are known vectors of rabies, and if you are bitten by a brown bat, you should seek medical attention as soon as possible. Bat droppings can also be hazardous and exposure to large amounts can lead to histoplasmosis, a fungal disease that attacks the respiratory system.

Water, food, and shelter are the main factors that attract brown bats. A yard with lots of flowers and standing water provides bats and their prey with everything they need. When brown bats choose a place to roost, they prefer somewhere dark and secluded and may return year after year, so unattended outbuildings like sheds and barns are particularly vulnerable to brown bat infestations.

Some simple ways to deter bats from your property include:

When brown bats decide to nest on your Merrimac property, they can be nearly impossible to get rid of without professional intervention. Not to mention, trying to remove bats yourself can lead to bites and exposure to potentially harmful bat droppings. That’s why the best way to eliminate brown bats is with bat removal services from the experts at Freedom Pest Control. We will safely and completely get rid of any bats you may have and prevent them from ever coming back. Contact us today to learn more about how we can help.